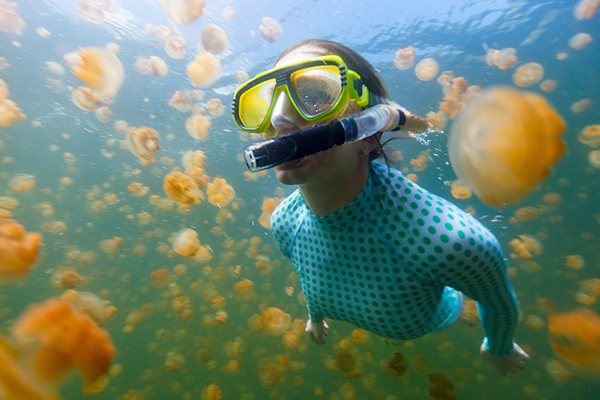 Due to a severe drought affecting the nation, Palau’s famous Jellyfish Lake has been removed from the itineraries of most of the operators in the region. Estimates are that the population of jellyfish in the lake have dropped from around 8 million to under 600,000. Well-known local operator Sam’s Tours actually feel that there may be less than 300,000.

The drought has been attributed to El Niño and has forced the Palau government to declare a state of emergency.

The Coral Reef Research Foundation said that the lack of rainwater had increased salinity in the lake, killing off the plankton that sustain the jellyfish. They said:

“The golden jelly population could be on the verge of crashing, to the point where there are no more medusae (adults) swimming around the lake”.

Experts are uncertain when and if the population will rebound to its previous levels.