The San Diego UnderSea Film Exhibition (SDUFEX) has released a trailer for the 2017 show. The exhibition will take place Friday and Saturday evenings, October 6th and 7th, 2017 at the Irwin M. Jacobs Qualcomm Hall in San Diego, California. The top three films as selected by an audience vote each night will be awarded prizes. The films with the highest number of votes each night will be awarded cash prizes of $500, $250, and $100 respectively for 1st, 2nd and 3rd places.

Oceanic Aliens by Mike Johnson I am Morgan: Stolen Freedom by Jeremie Collado Barry the Blobfish by Marleia Alfaro DESIRE by Vanessa Cara-Kerr Florida Simply Paradise by Diane Randolph Paradise Found: Journey to the Red Sea by Lee Burghard Komodo and Beyond by Julie Oimet The Legacy by Erick Higuera 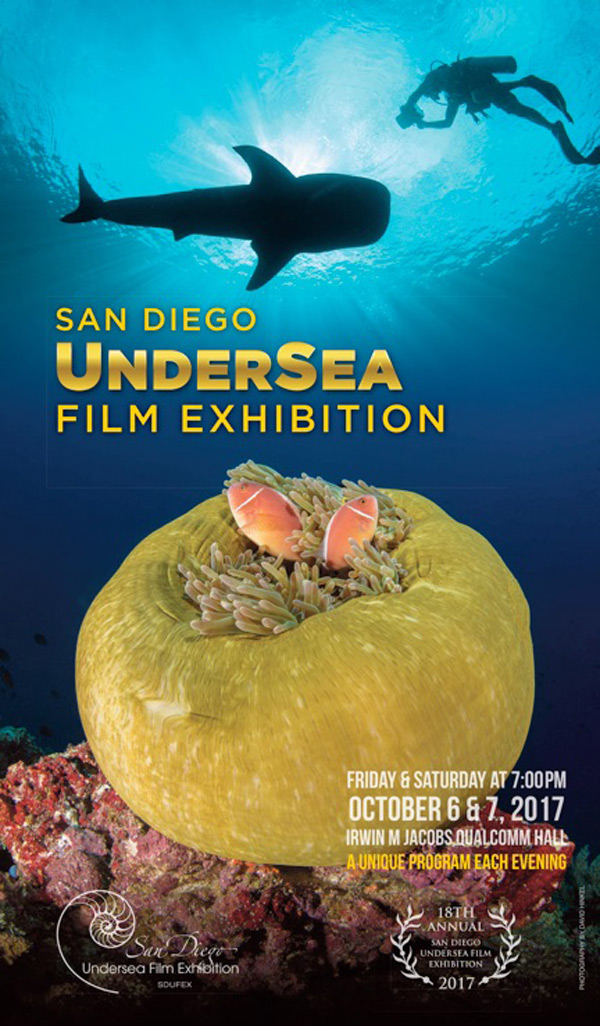