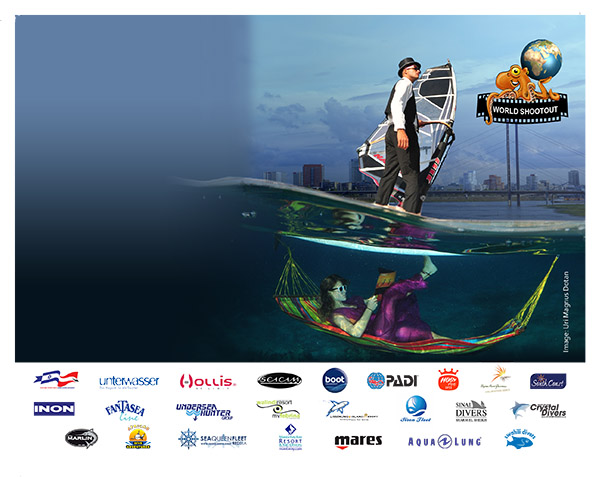 World ShootOut 2015 underwater photo competition, which hosted 448 photographers from 37 different countries around the world, has concluded. It’s now time to announce the winners on a live broadcast, including a 1st prize worth $25,000!!!

World ShootOut 2015 introduced an exciting opportunity for all amateur and professional underwater photographers around the world with the announcement of 9 creative categories and valuable prizes not to be competed with. First prize in the main category – Dive Destination Portfolio – is a dreamy diving vacation for 2 in Papua New Guinea including flights from Europe, a prize worth $25,000!!!

Producer David Pilosof initiated the first World ShootOut competition in 2011, breaking all boundaries and introducing an international competition as never featured before. Pilosof is also responsible for a variety of other impressive underwater photo productions, including the Eilat Red Sea competition, which celebrated its decade in Eilat last year.

Images and videos were allowed to be submitted to the World ShootOut 2015 competition during January-October, 2015. The winners are announced on the following year. And so, on the upcoming boot Dusseldorf show, taking place this month, World ShootOut will be hosting two award winning ceremonies. These festive ceremonies will be held at the central stage of the diving arena, hall 3, on January 29th and 30th at 2 pm.

Both events will be live broadcast online in HD, allowing all divers and fans of the ocean to take part in one of the most exciting happenings the diving industry introduces these days. Whether you’re an amateur or professional underwater photographer, you’re invited to join this journey by watching the live broadcasts as introduced below.

The live stream will be available during the ceremony.

The live stream will be available during the ceremony.