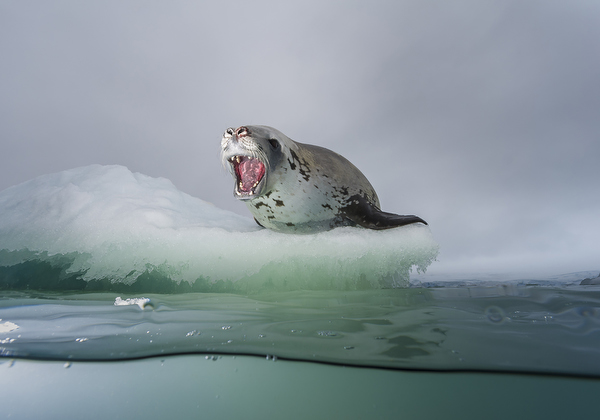 As a part of the National Geographic Live tour, David Doubilet and Jennifer Hayes are presenting “Coral Kingdoms and Empires of Ice” at the Barclay, Irvine California at 8 pm on 22 January. There are still tickets available.

Coral Kingdoms and Empires of Ice: The stories behind National Geographic

Explore a hidden universe through the eyes of the photographic team of David Doubilet and his underwater partner Jennifer Hayes. David Doubilet is one of the most prolific living photographers at National Geographic magazine and jokes that he’s spent more of his waking hours underwater than on dry land. His wife Jennifer Hayes is an aquatic biologist and a globally published photojournalist. Join them on a visual journey of their National Geographic assignments to three unique marine environments.

Kimbe Bay, Papua New Guinea, is a corner of the coral triangle that also includes the Philippines and Indonesia—and the center of the world in terms of marine biodiversity. Discover an unspoiled wilderness of water crowded with layers of life: from fingernail-sized pygmy seahorses to 60-foot tall towers of barracudas.

Then, journey south to the cold ice-filled waters of Antarctica, where the team moves through and under the ice to capture images of the hidden world of the leopard seal, penguins, shipwrecks, as well as the sculptural beauty of icebergs. Finally, follow the team north to Canada’s Gulf of St. Lawrence, an extraordinary world of whales, wolfish, salmon and the harp seal, a remarkable creature fighting to survive in a world of shrinking sea ice.

Go beyond the published story with Doubilet and Hayes as they share never-before-seen images from their assignments. Discover the reality of life behind the camera—from parasites to harp seal bites—as they share their adventures working to get the best shot.

Come and be a part of the ocean conversation