KPLC 7 News, Lake Charles, Louisiana
(You may want to turn the audio off for this video)

An entirely pink dolphin, known at “Pinky”, has been spotted off the coast of Louisiana. The dolphin was originally spotted in 2007, but hasn’t been photographed since then. This most recent sighting was in Calcasieu Ship Channel near Hackberry, Louisiana by Bridget Boudreaux, who also stated that she two pink dolphins that day. Scientists think the pink coloration may be more than just albinism, as all white dolphins have been seen before, it may be a genetic mutation.

This is what Kerry Sanchez from Clearwater Aquarium had to say about the rare dolphin:

“Seeing an animal that is extremely light in color is not something we would normally expect to see. And in my full time here, we’ve never seen an animal that looks like that.” 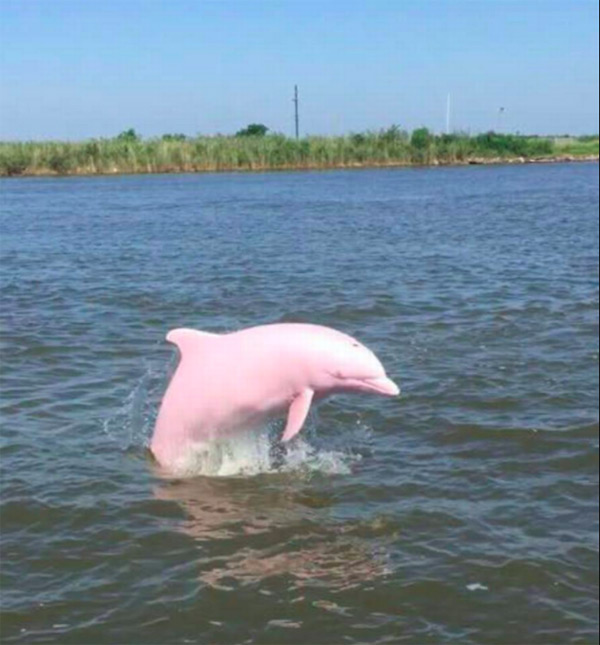