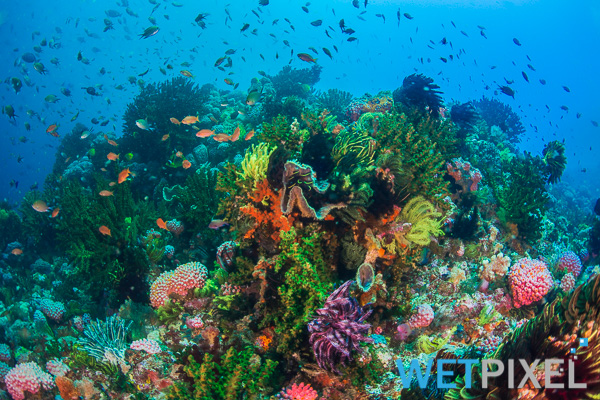 Profusions of vibrant marine life cover this reef in a vivid bouquet of colors in Komodo, Indonesia. Today is World Oceans Day, a day earmarked to both celebrate the oceans and to encourage collaboration to preserve them for the future. The theme for 2016 is “Healthy Oceans, Healthy Planet”, with an aim of reducing plastic pollution.

UN Secretary General, Ban Ki-moon stated: ““Urgent action on a global scale is needed to alleviate the world’s oceans from the many pressures they face, and to protect them from future dangers that may tip them beyond the limits of their carrying capacity.”

We wish the Wetpixel community a very happy Oceans Day, and hope that the next year will bring about a concerted effort to reduce the amount of plastic that is disposed of into the oceans.