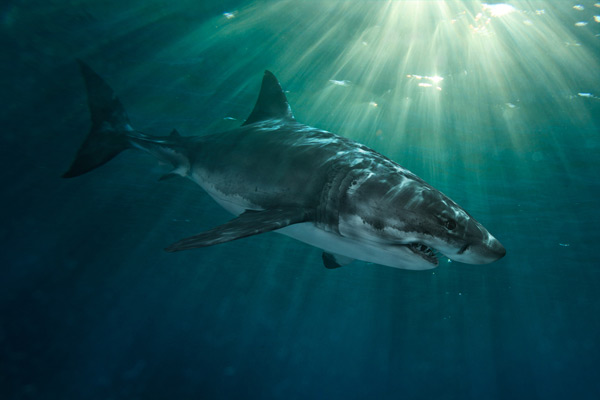 Through years of protecting great white sharks off the coast of California in addition to tagging and tracking programs, scientists have zeroed in on several great white shark nurseries off California. For years and years the sharks were a rare sight off the coast, then, in 2015 regular ocean visitors started seeing them frequently. The majority of these sharks were juveniles (5-8 feet) and showed no aggressive behavior.

CSU Long Beach, the Harbormaster of Ventura and other agencies have worked together to set-up receivers that track the sharks when they swim within 300 feet of one, and to shark information. Through that information scientists have concluded that the juvenile sharks hang out in “hot spots” during the summer, including Ventura and Oxnard, before heading down to Baja, Mexico for the winter. Some of the tagged sharks do it year after year. And recently shark trackers have started seeing very young great whites (4 1/2 - 5 feet long) in these hot spots, leading them to believe these are shark nurseries.